Wyznanie (or Confession), sketch autograph written in pencil on a four-page sheet of white manuscript paper (PWM−12), measuring 220×300 mm. The one-part musical text, underlaid with functions, is written in four 2-stave systems on the second and third pages, between staves 2 and 12. Written on the title page at the top: Nr. 8 i 21 (‘No. 8 and 21’), the title Wyznanie (in a foreign hand), beneath that in brackets (Reich) and above on the right Tomasz Stańko, as well as numerous notes about the contents: Ewa! Skopiuj tylko raz in Bb.(melodie z funkcjami in Bb tez!) (‘Ewa! Copy it just once in B flat (the tunes with functions in B flat as well!’) [the word raz has the last letter corrected]. Above the music, again in the same foreign hand, the title Wyznanie, and in the top right corner the composer’s signature. In the music itself, there are no deletions or corrections. The fourth page of the sheet is blank. The sketch is in very good condition. This work was composed in or before 2000, as the soundtrack to the film Reich, directed by Władysław Pasikowski (2001), and was released by Universal Music Polska that same year. The manuscript is the property of Anna Stańko and is held at the Tomasz Stańko Foundation in Warsaw. 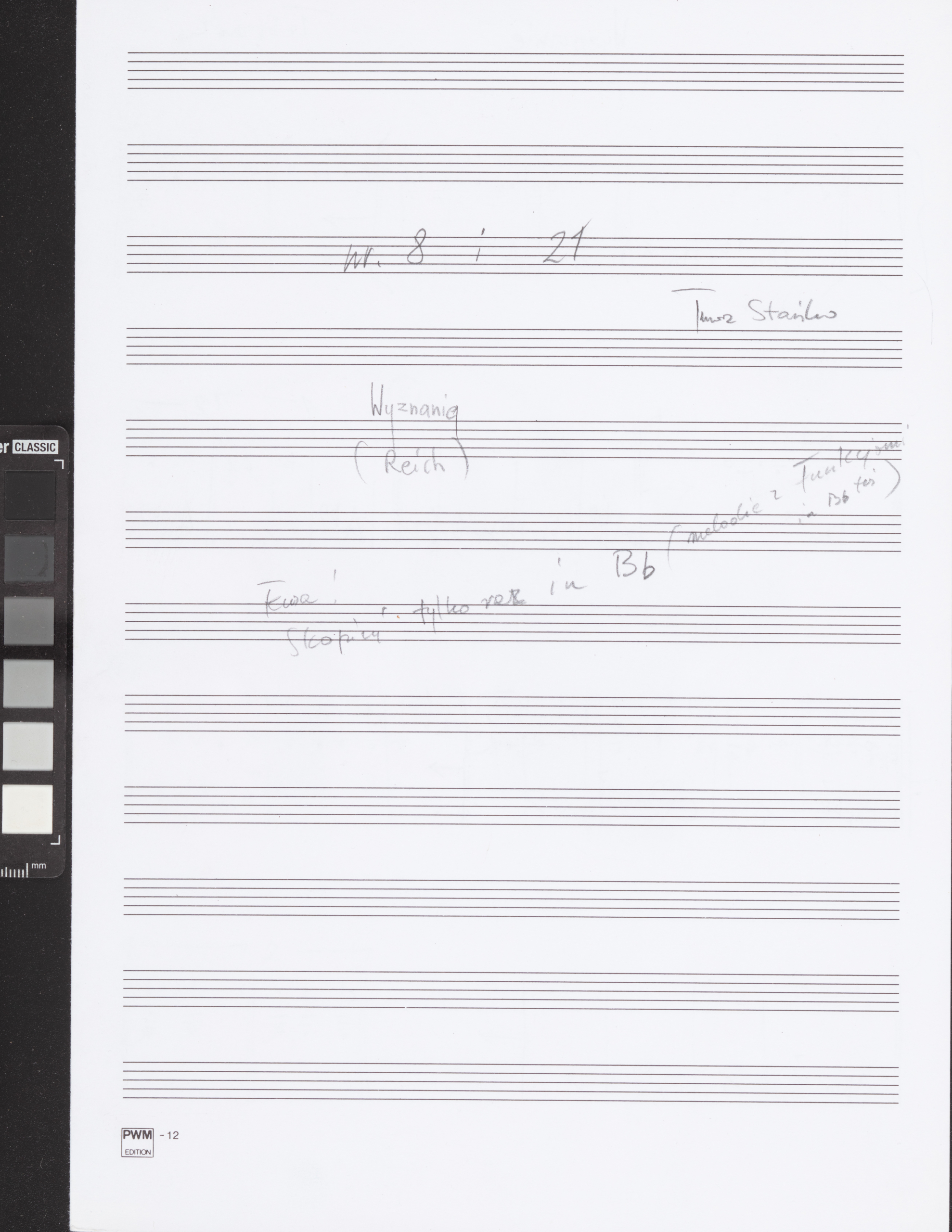 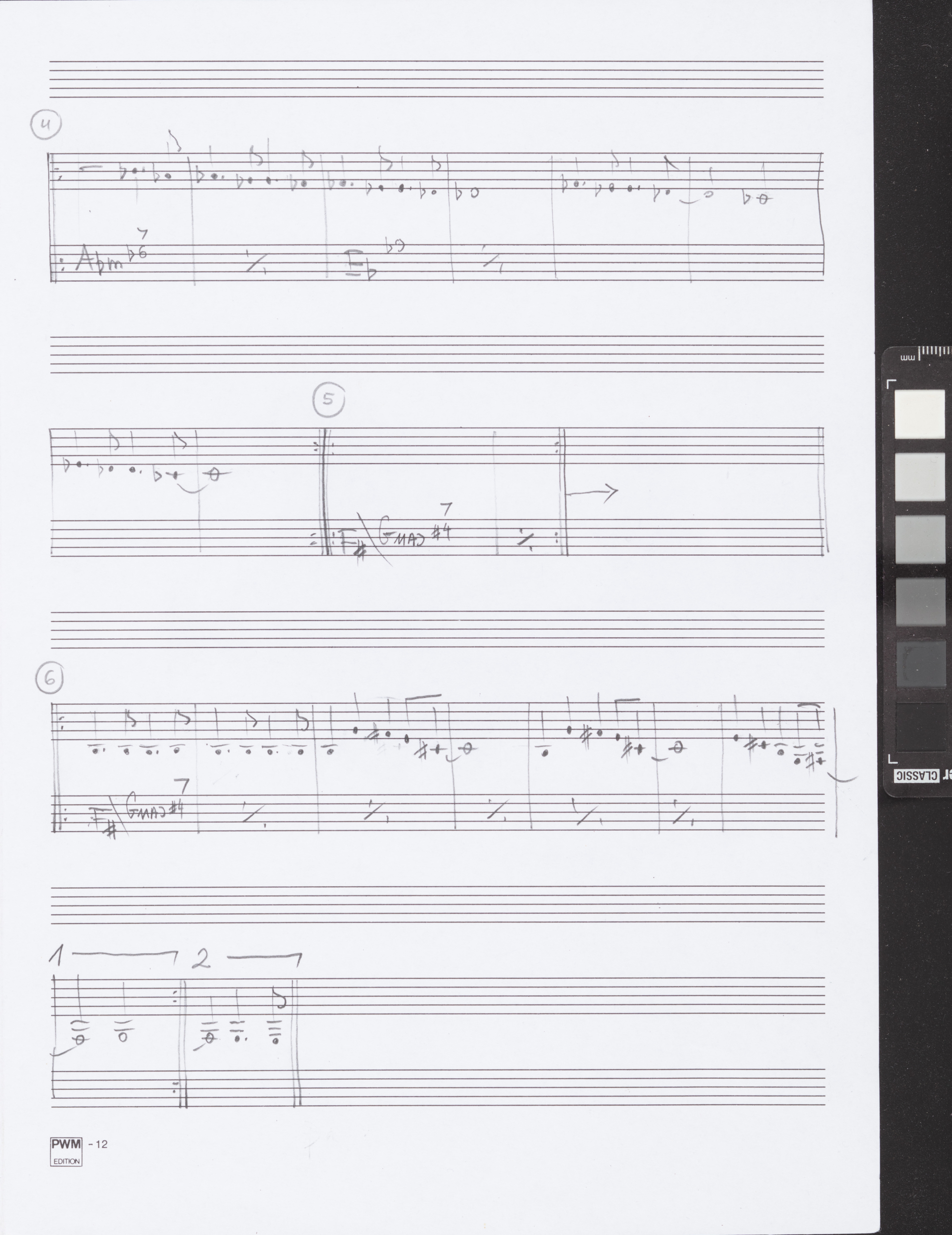 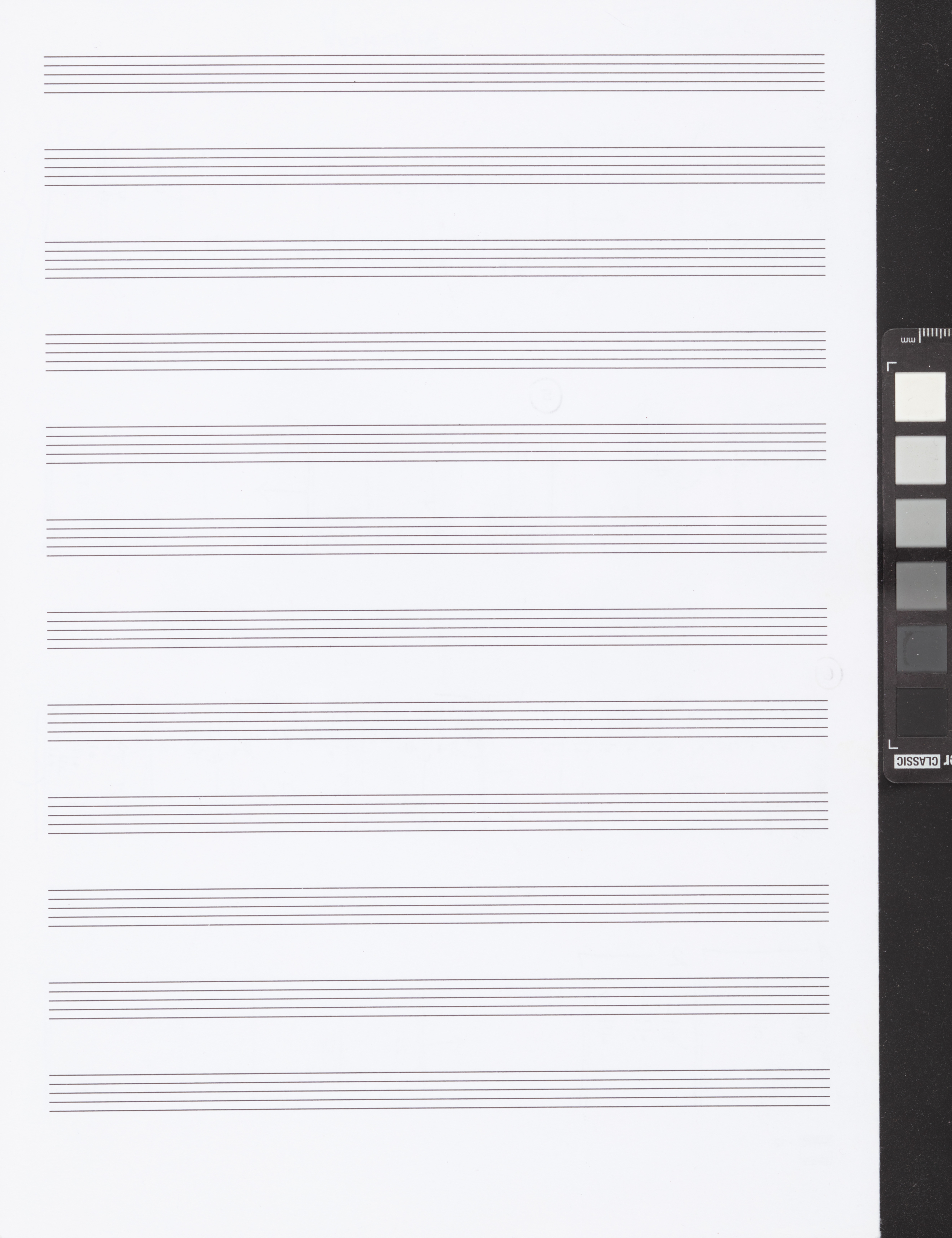