Witkacy, manuscript written in pencil on a four-page sheet of white manuscript paper (PWM−12), measuring 210×296 mm. The music, in three parts, is written in three 3-part systems (the top two parts are joined with an accolade, the bottom two parts are in the bass clef), between staves 2 and 12 on the second page. Functions are marked on the stave beneath each system, and the scale is added beneath the first system. The third page has an analogous layout, only it is written between staves 1 and 11. The title is written solely on the first page, Witkacy, above the sixth stave, with the composer’s signature above it, on the right. This work was composed before 1986 and has its origins in the album Witkacy Peyotl, being recorded at that time, but this version of the manuscript certainly dates from around 2000, as it is scored for quartet. 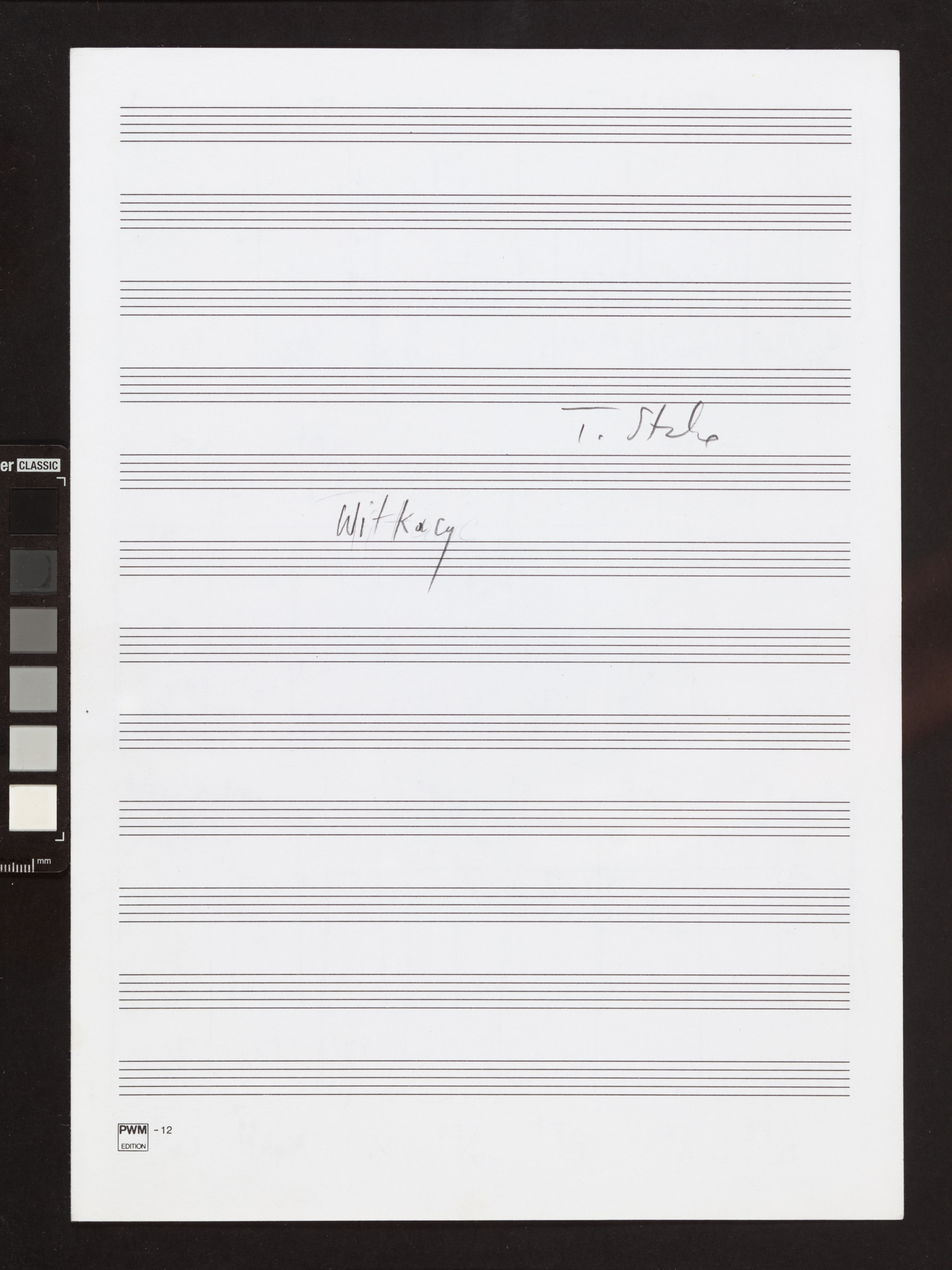 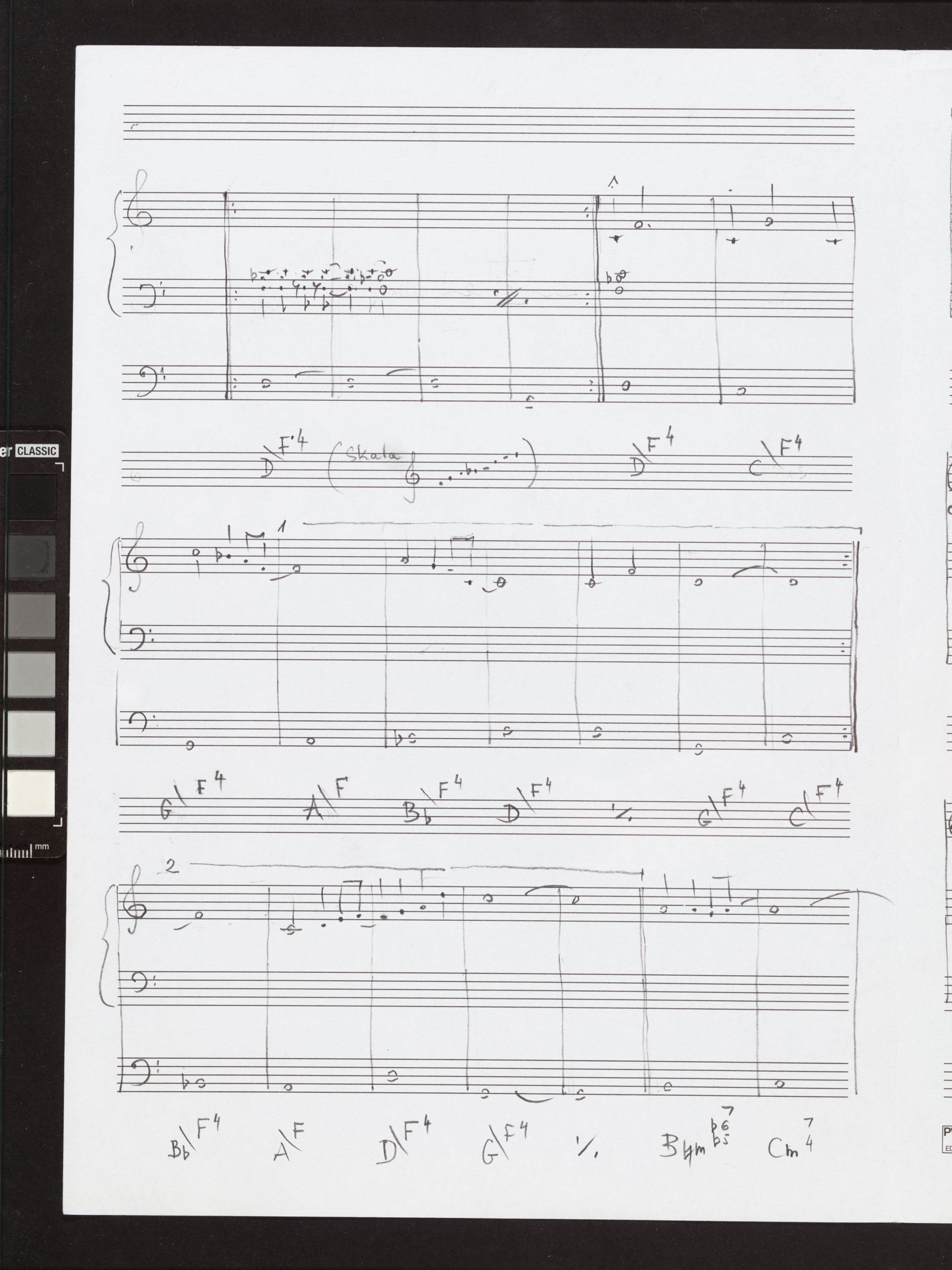 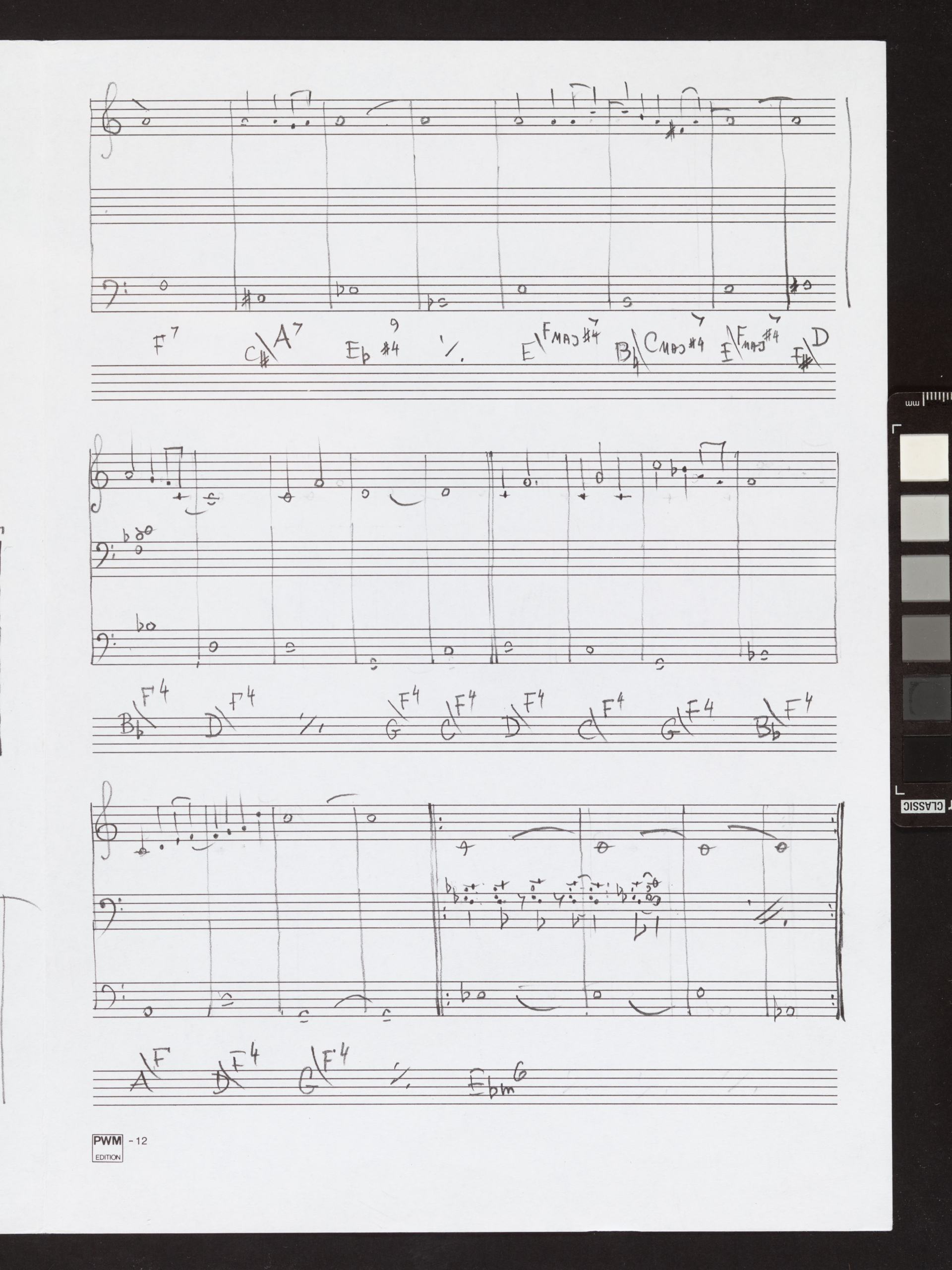 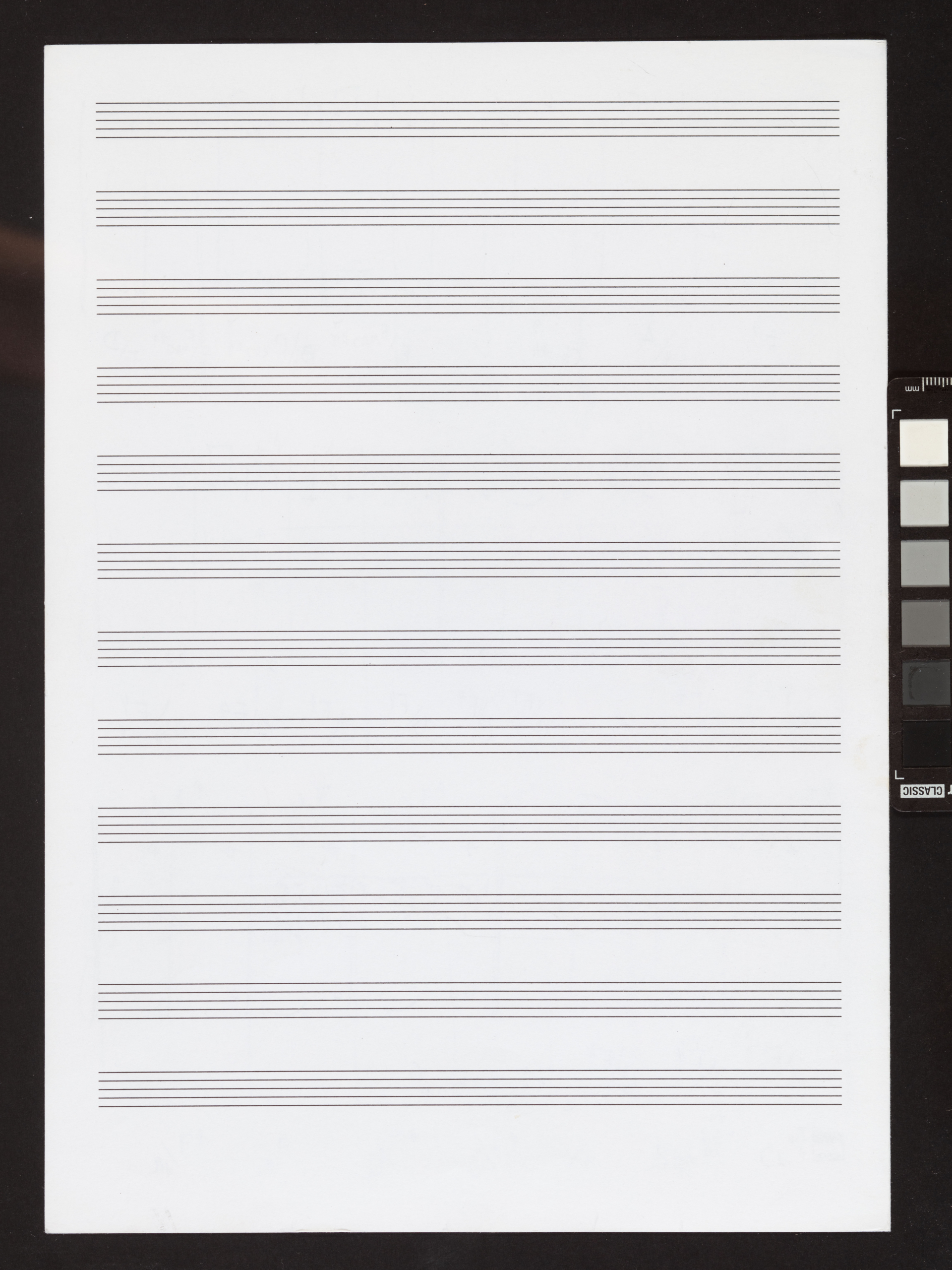