Tutaj [Here], a sketch autograph written in pencil on a four-page sheet of cream paper with the addition of a two-page leaf (Passantino 12 Stave, Manuscript No. 51), measuring 228x300mm. The music is written in five 2-stave systems, on staves 2 to 16, on the second page and in two 2-stave systems on the third page. The additional leaf means that the first, fourth and six pages are blank. The title of the work is not inscribed in this manuscript, which is also unsigned and has no functions marked. There are no deletions or corrections. This work was composed in or before June 2012. It was released on the album Wisława (ECM Records, 2013). The manuscript is the property of Anna Stańko and is held at the Tomasz Stańko Foundation in Warsaw. Publishing rights held by ECM Records GmbH 2013. 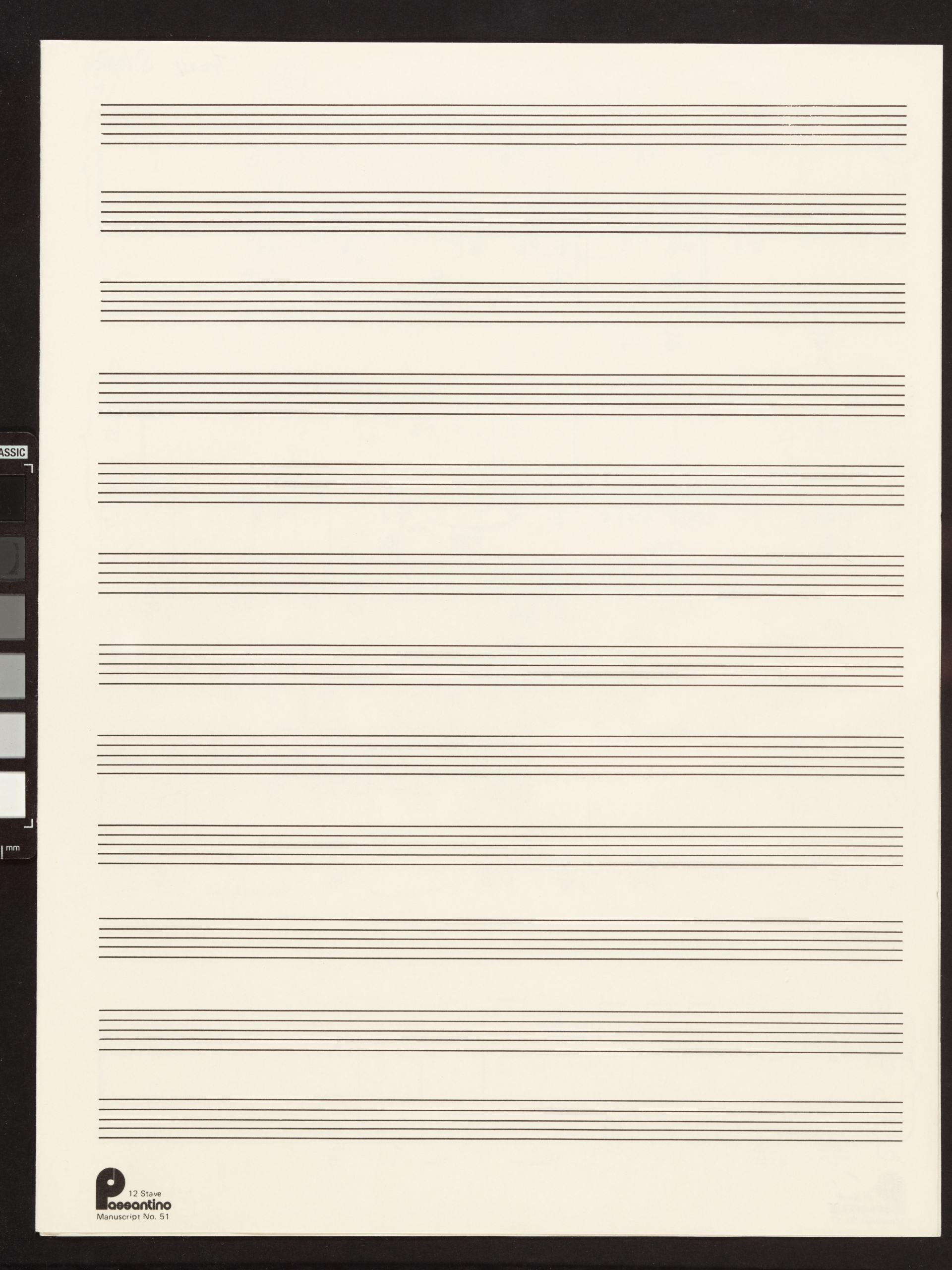 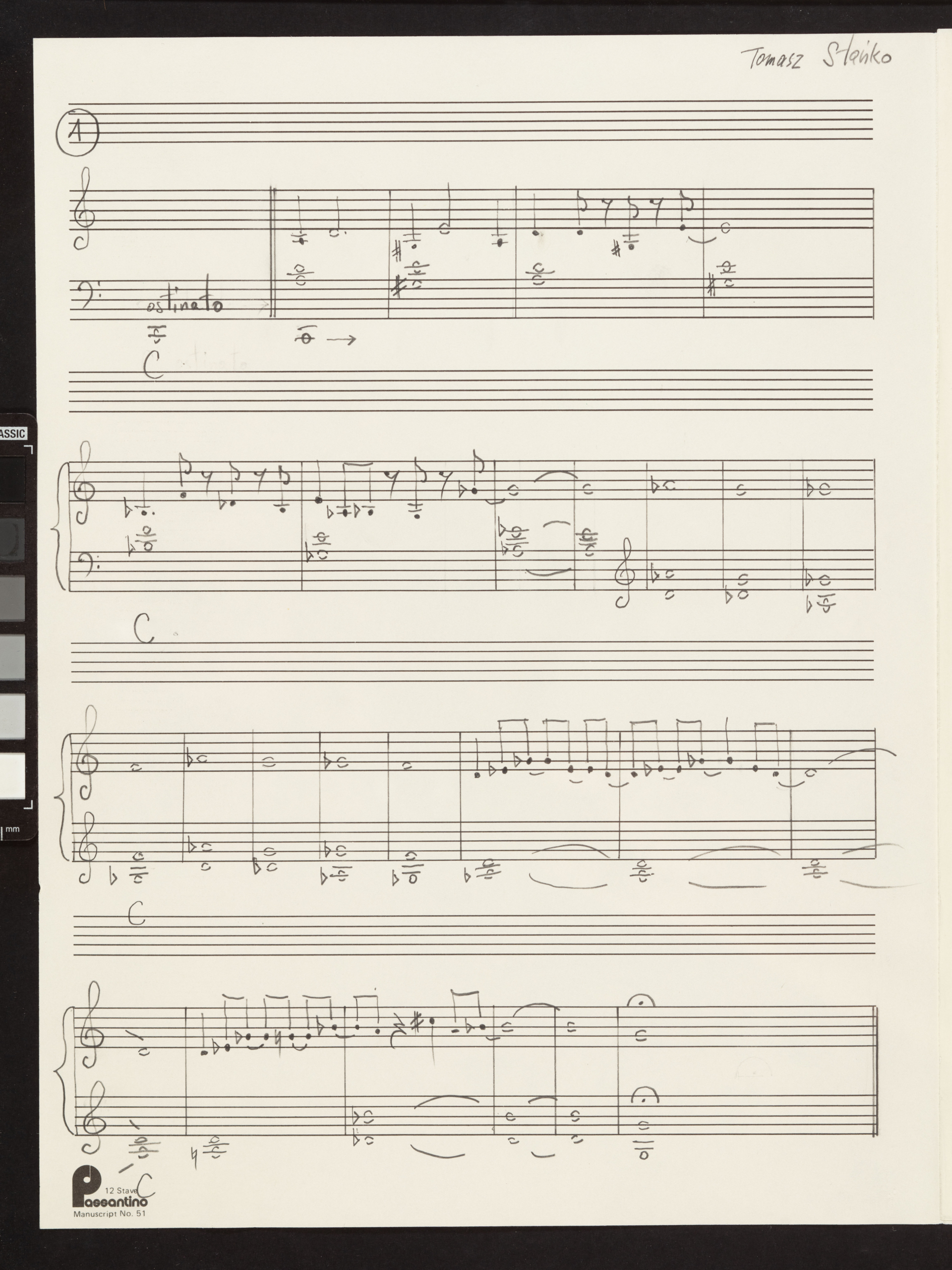 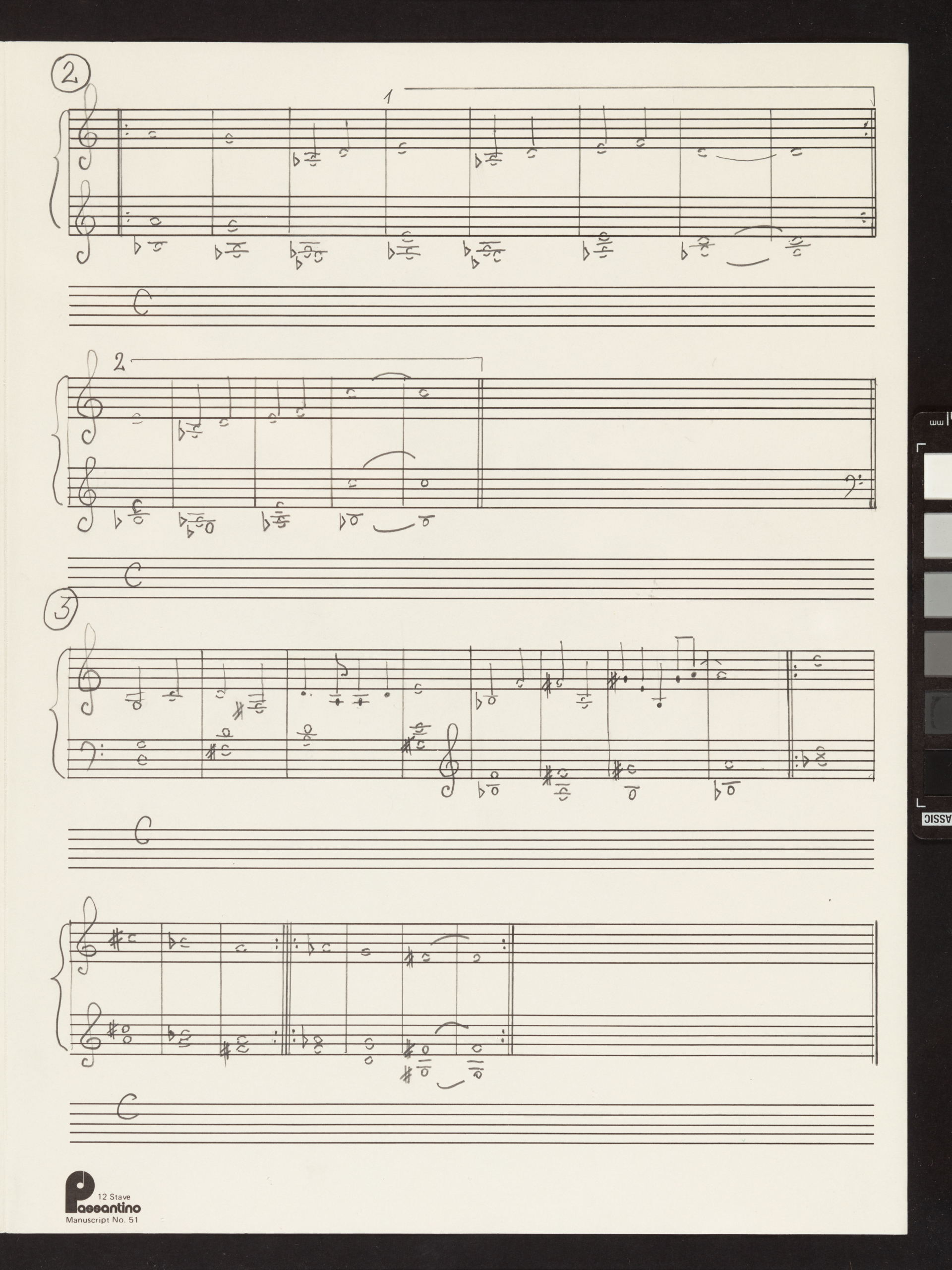 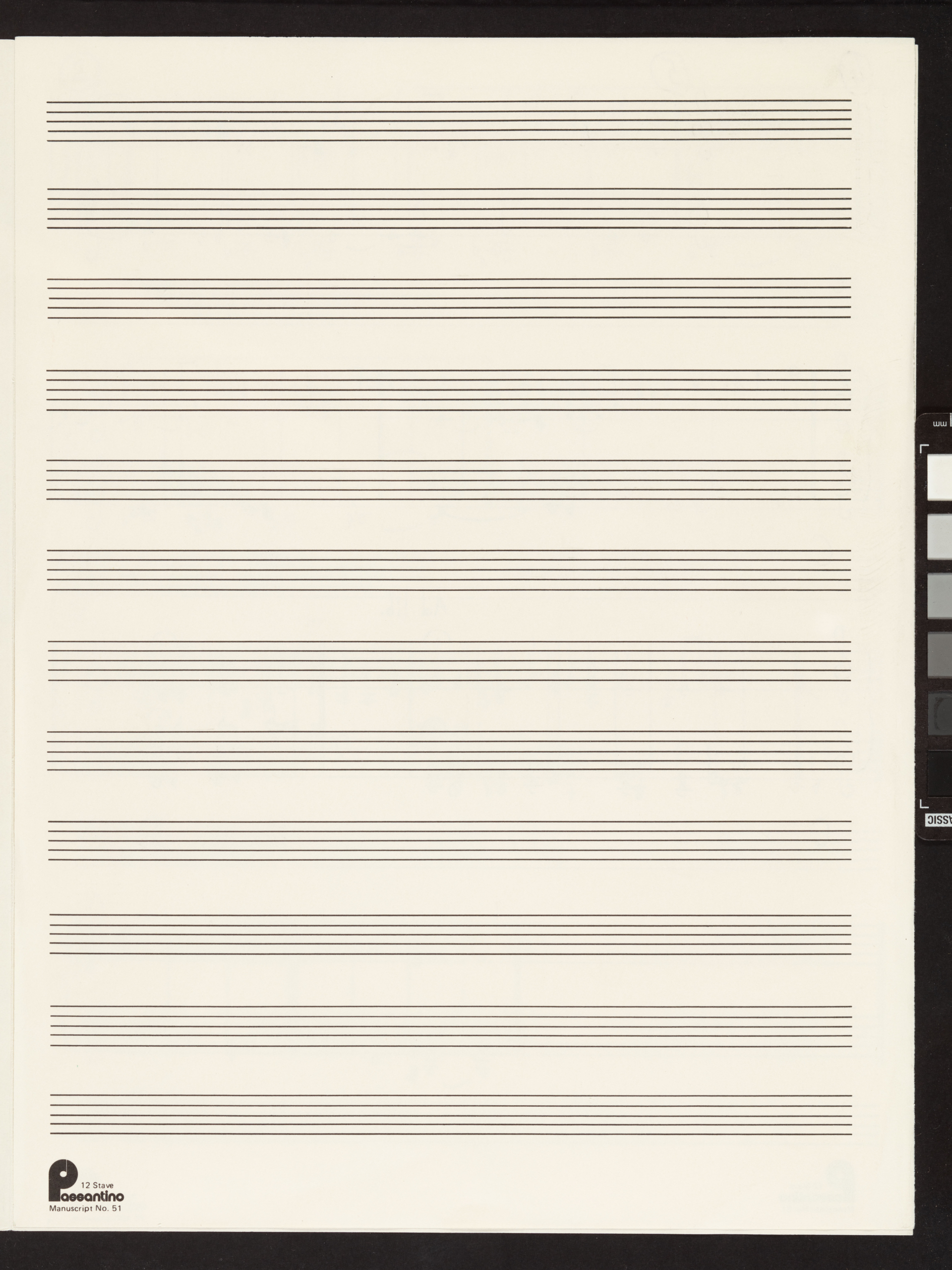 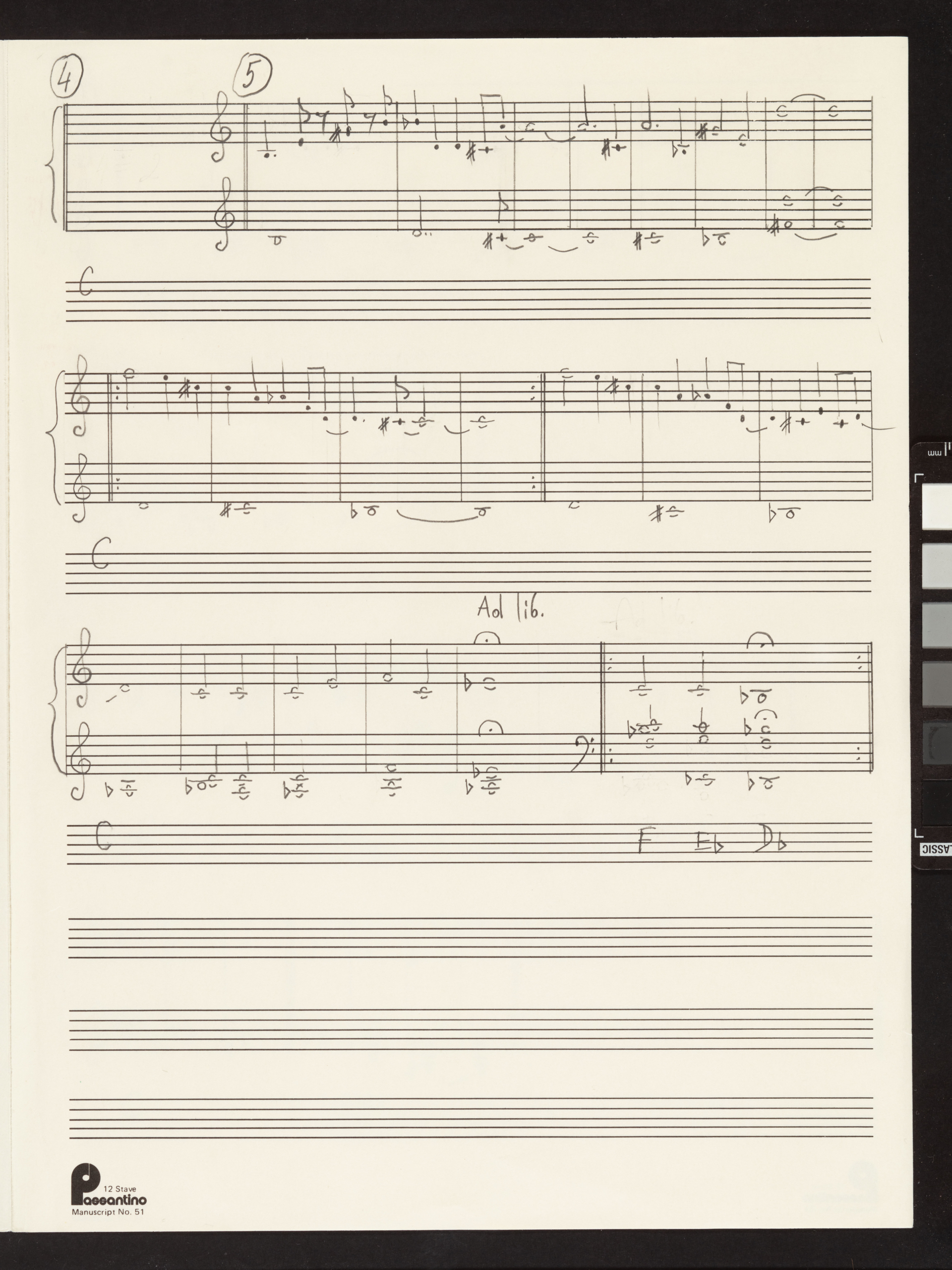 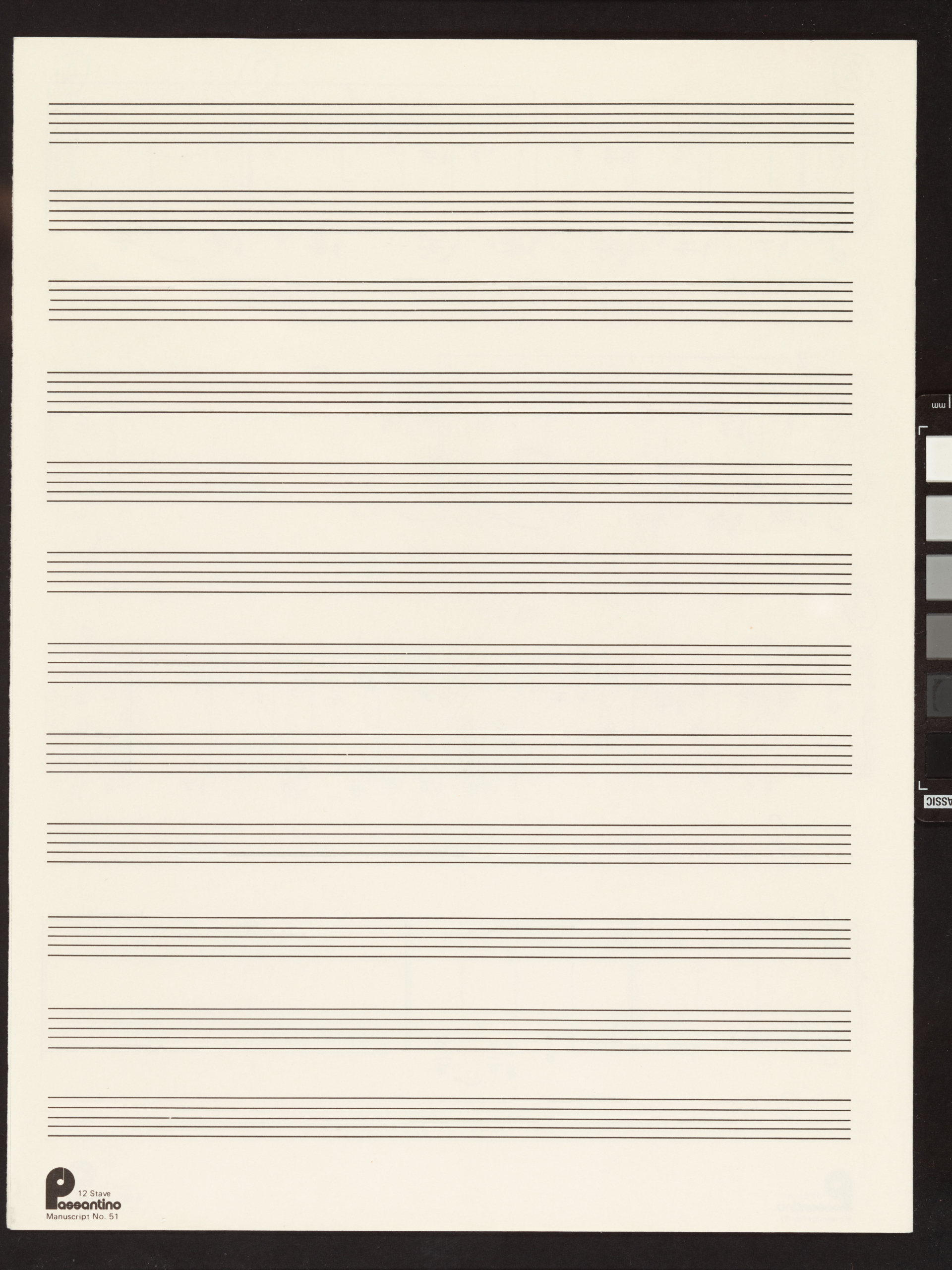