Piece for Diana, manuscript written in pencil on a two-page sheet of white manuscript paper (PWM -12) measuring 210x300mm. The music is written on the first page, between staves 2 and 8, in two three-stave systems (the top part is described as Voice; the other two parts, joined with a brace, are Violin, Kbass (Double bass)). Written above the music is v. slow. Above the first stave is the title, Piece for Diana, with T. Stańko above it, on the right (page 2 is blank). There are no deletions and few corrections (traces of rubbing-out between bars 2 and 5, due to the decision to transpose the theme up by an octave). There is a change of metre to 6/4 before the last bar. This work was composed in or before May 1972, but the paper and the style of notation indicate that the manuscript is much later. This work was released on the album Jazzmessage from Poland in 1972, on JG Records. The manuscript is the property of Anna Stańko and is held at the Tomasz Stańko Foundation in Warsaw. 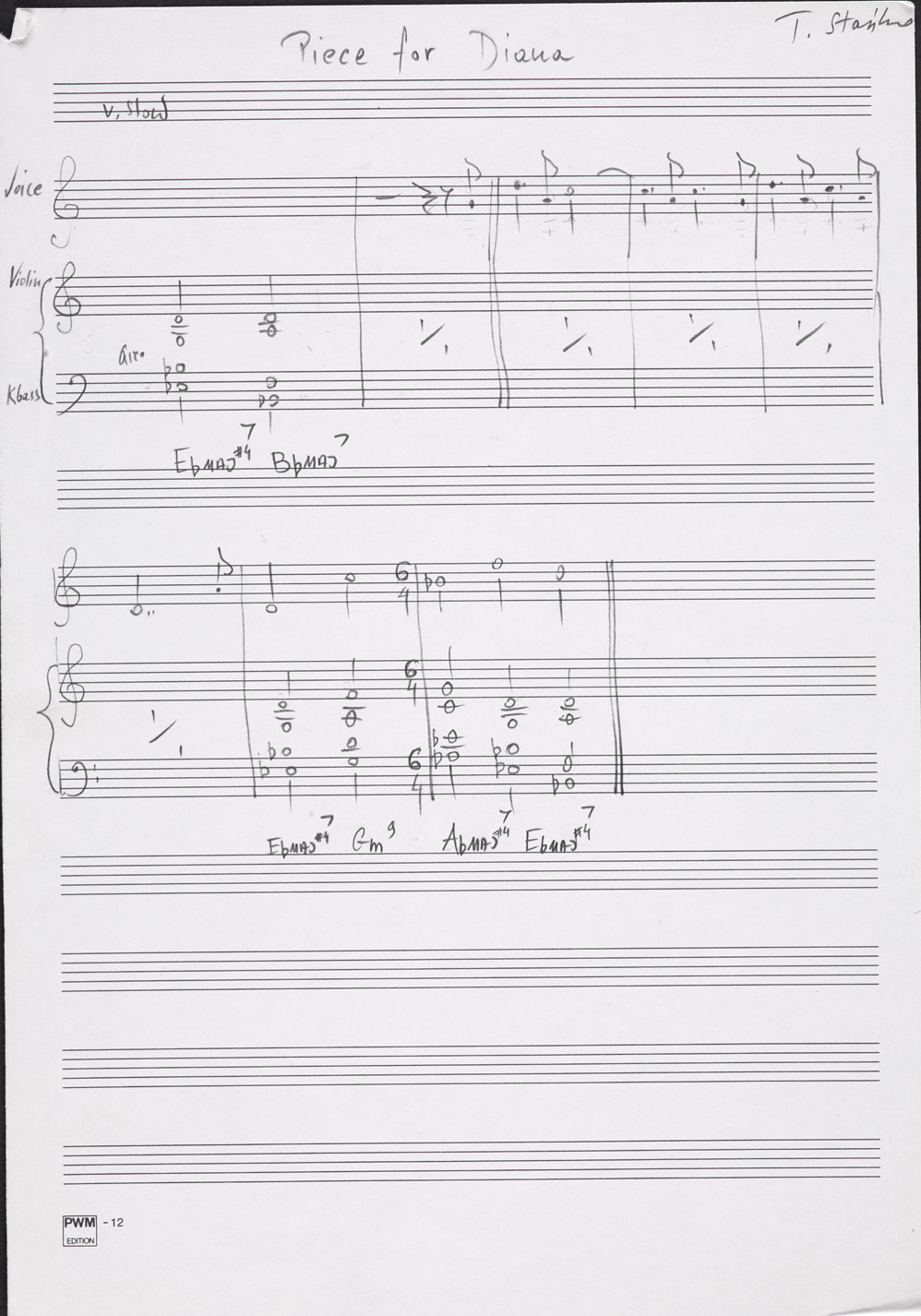 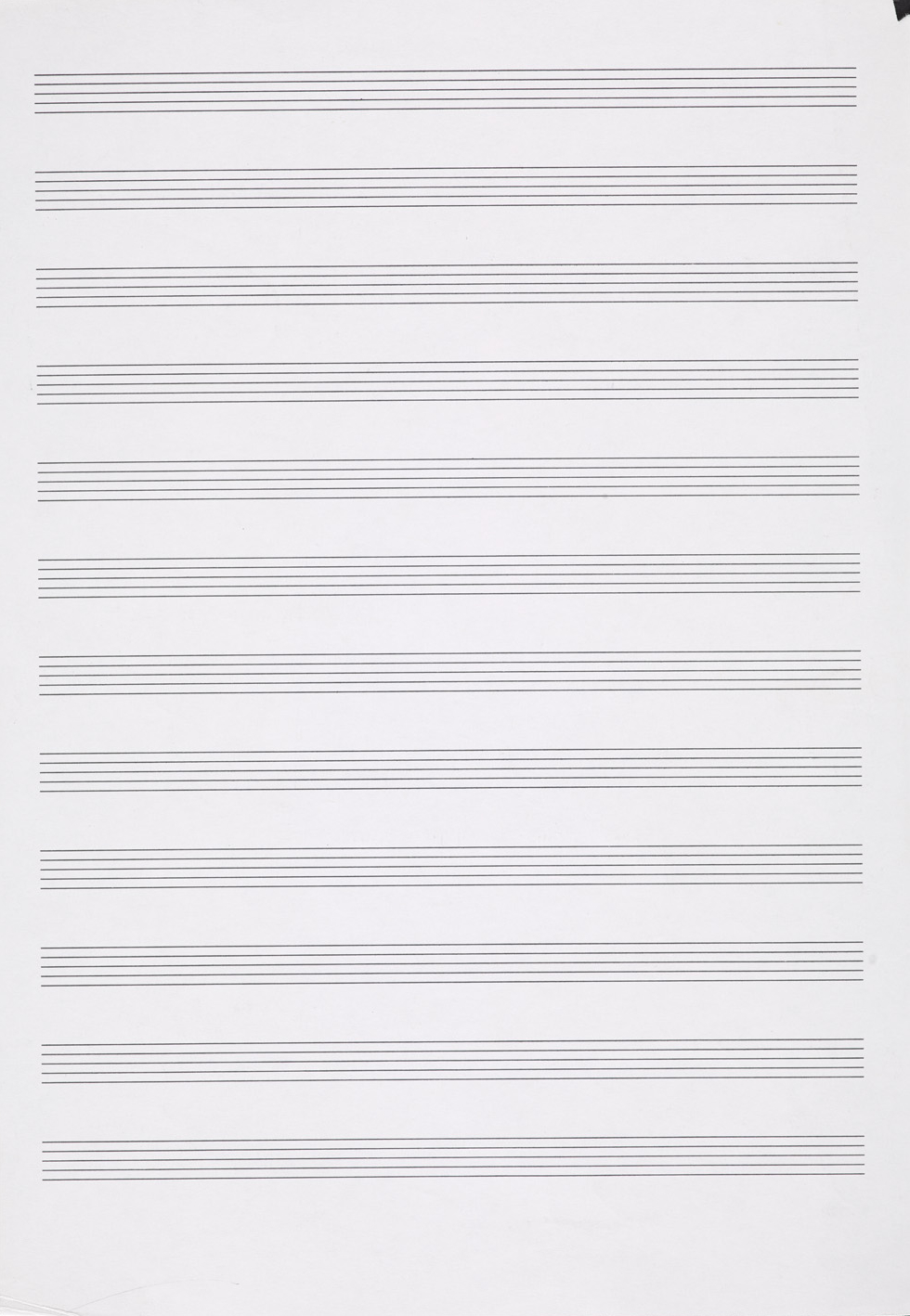