Almost Black, graphic, digital score for the work ‘Almost black’, composed before February 1980 and released on the album Music from Taj Mahal and Karla Caves, produced by Edvard Vesala (Leo Records 1980). This copy of the manuscript (c.1991) was identified by Vitold Rek (Witold Szczurek, double bassist), according to whom:

I recorded ‘Almost black’ in a duet with Tomasz during a session on 20 January 1991 for Polish Radio in Warsaw.

In that session, the theme of the work was played ‘in time’, and the solos were in ‘free’ form (free harmonies and ‘out of tempo’).

On the programme of this recording session (Tomasz Stanko&Vitold Rek, PR Warszawa 20.1.1991) 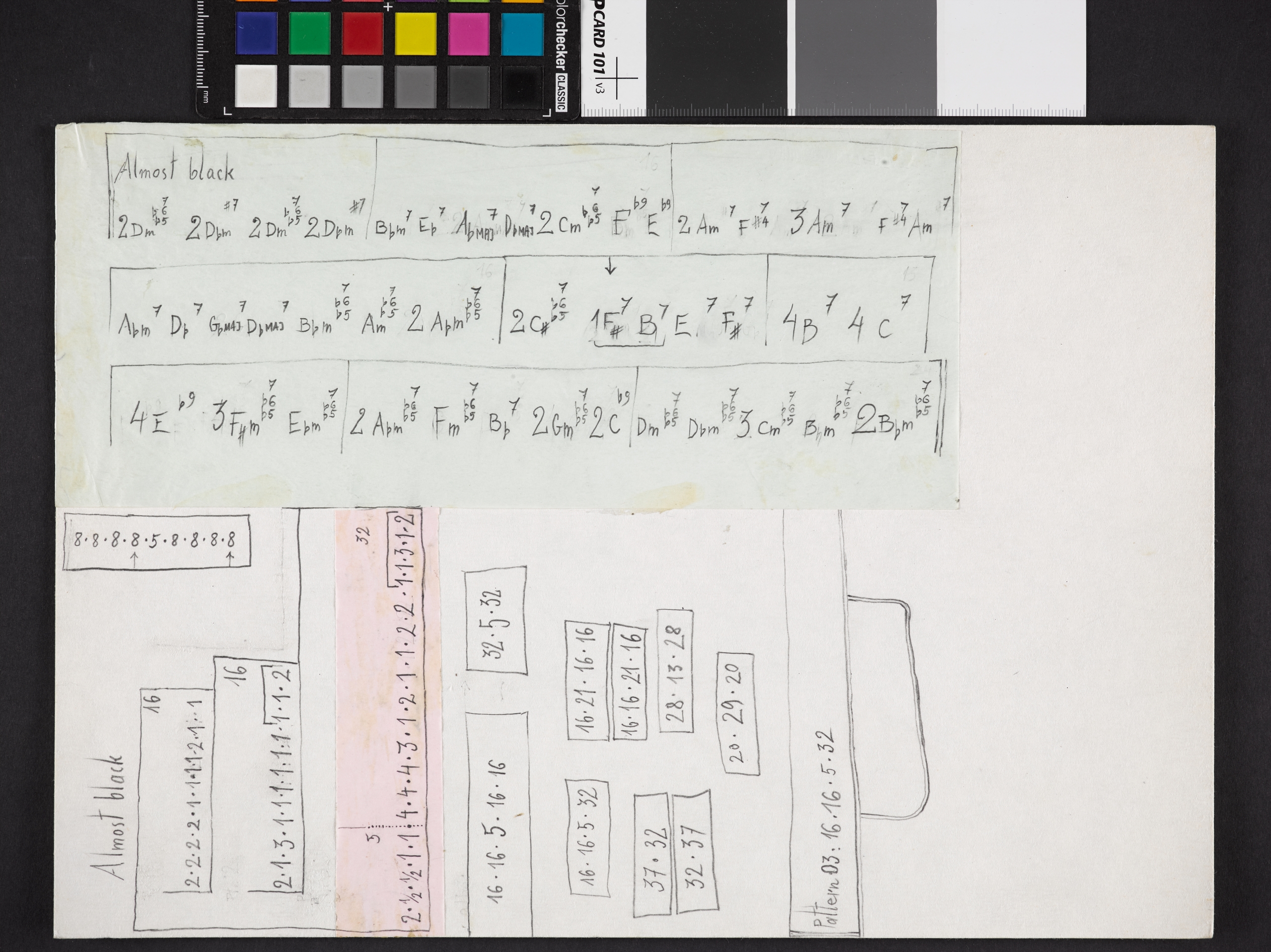