White Ballad (or White ballade), manuscript written in pencil on a sheet of white manuscript paper (PWM−14), measuring 210×295 mm, laminated. The music, preceded at the top, above the first stave, by the title White ballade, and signed in the top right corner Muz: Tomasz Stańko, begins on the second page in three 3-stave systems: the top stave carries the theme, with the functions in the middle and the bass in the bottom. The work is written between staves 2 and 12. The title page (page 1) carries the title White Ballade above the fifth stave, and above that, to the right, Muz: Tomasz Stańko. Above the first stave, the composer wrote the performance marking v. slow –ad. lib.

This work was composed before March 1993 and released on the album Bosonossa and Other Ballads (Gowi Records, 1993). The manuscript is the property of Anna Stańko and is held at the Tomasz Stańko Foundation in Warsaw.

– the title of the work in the score was made to agree with the title on the record release.

– the agogic marking ‘v. slow’ was written out in full: ‘very slow’ 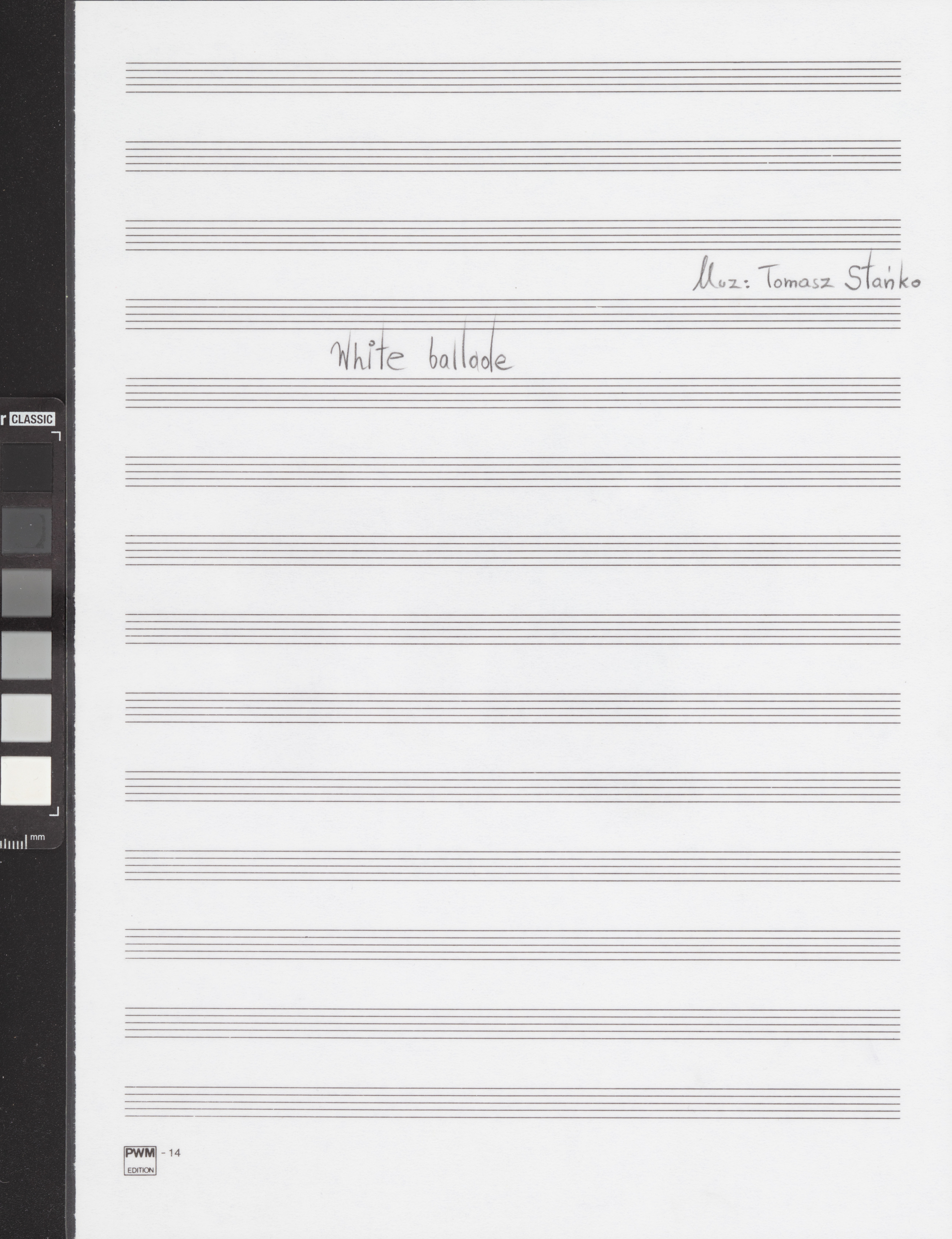 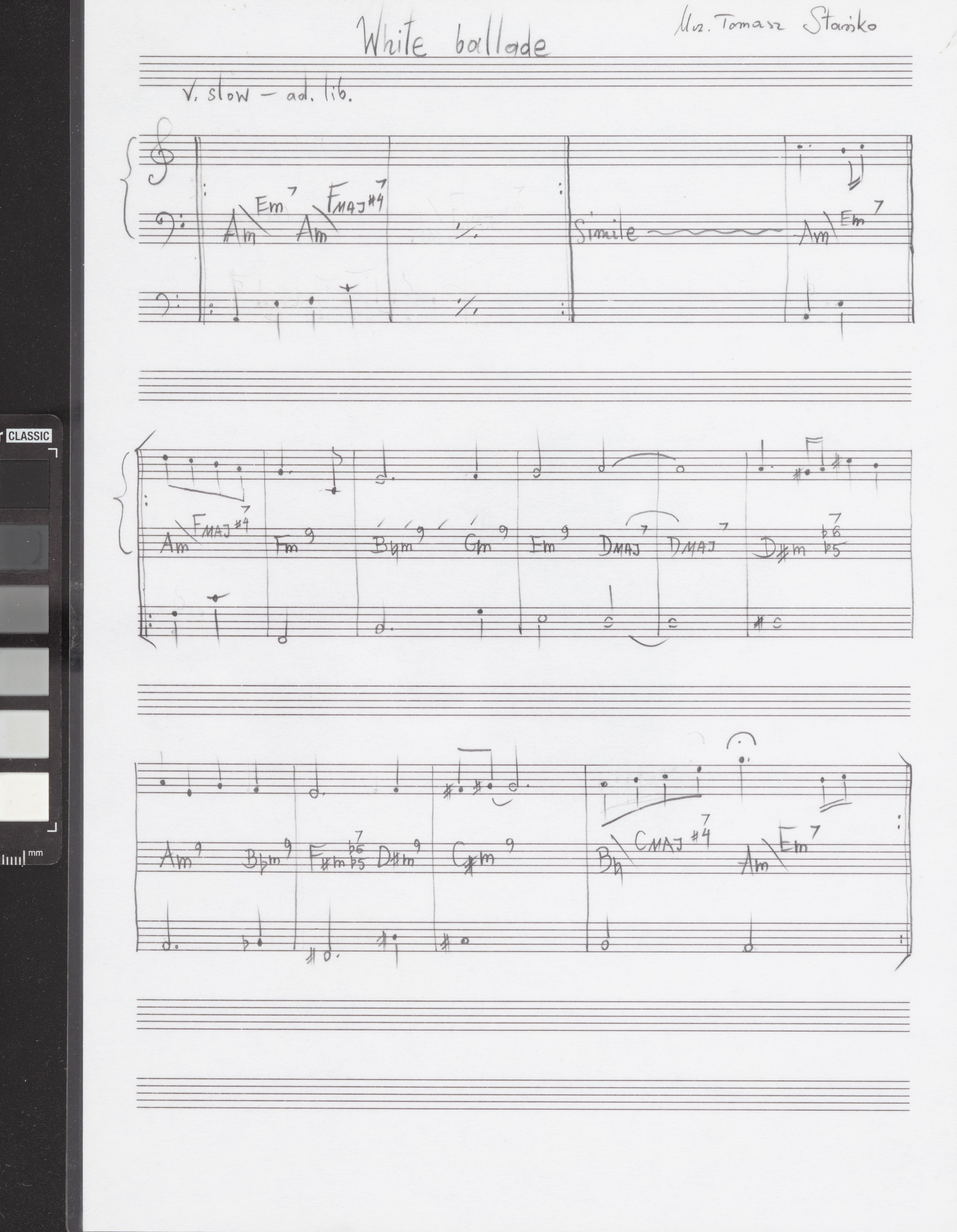