A Farewell to Maria

A Farwell [Farewell] to Maria, manuscript written in pencil on a four-page sheet of white manuscript paper (PWM−12), measuring 210×294 mm. The music, in one part, with functions beneath, was written between staves 1 and 11 on the second page and staves 2 and 4 on the third page. Written on the title page: A Farwell to Maria above the fifth stave, with T. Stańko above this, on the right. There are no deletions or corrections to the music. The manuscript is in very good condition. The fourth page is blank. This work is the leitmotiv of the music composed for the film Pożegnanie z Marią, directed by Filip Zylber (1993). The presented autograph was probably produced later, after 2000. It belongs to a corpus of autographs written for smaller forces (including those used on the album Leosia (ECM Records, 1997)) than on the original recording of the film music, which featured an expanded jazz ensemble and string section. The work itself was certainly written in or before 1993. The soundtrack was released on the album A Farwell to Maria (Gowi Records, 1994). The manuscript is the property of Anna Stańko and is held at the Tomasz Stańko Foundation in Warsaw.

Notes to the PDF transcription:

– the spelling of the English title was corrected

– to make the music clearer to read, the suggested chording was moved to the extra stave at the bottom of the last page

– the enharmonic chord symbols were made to agree with the notation of the suggested chording. 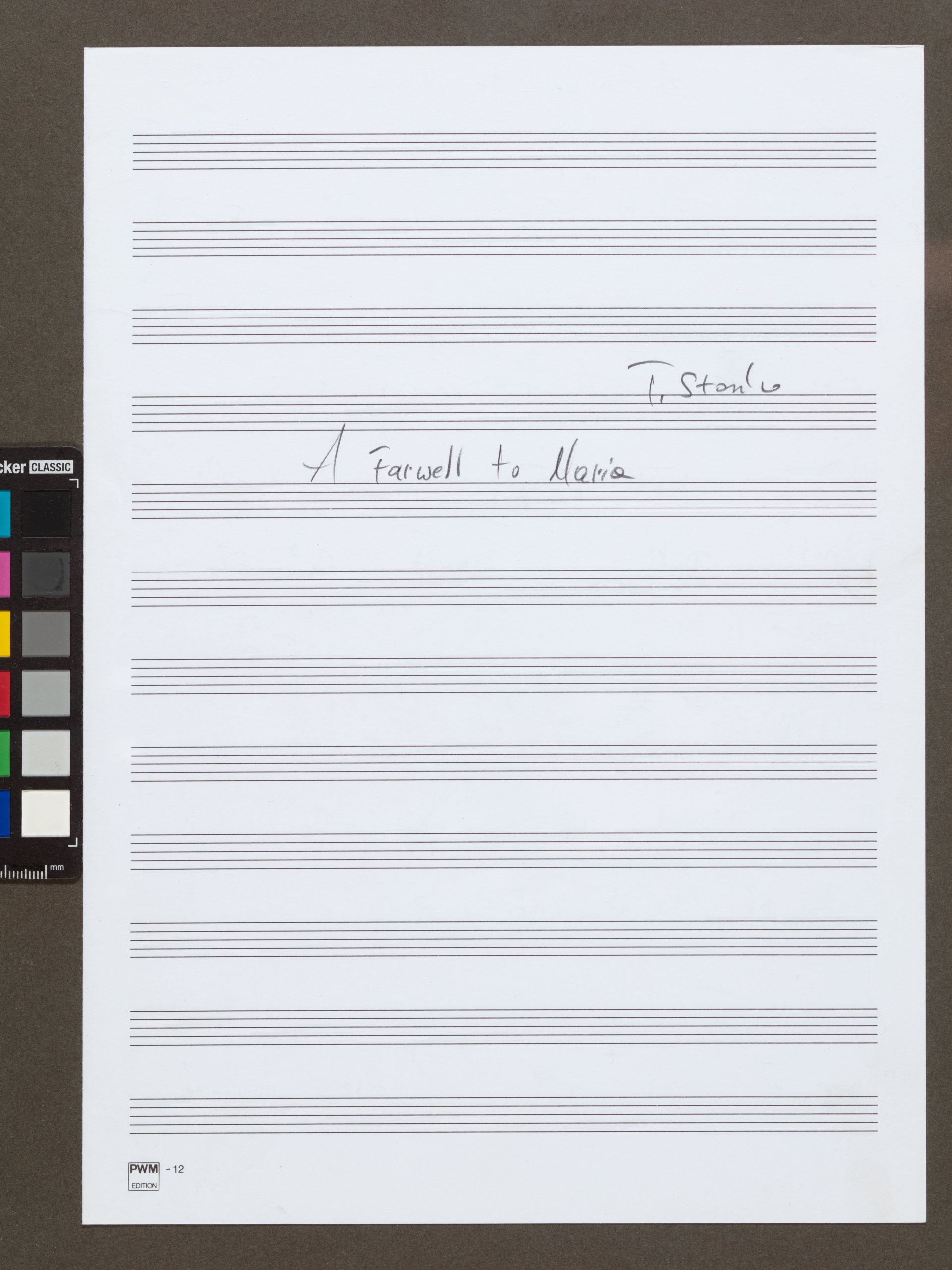 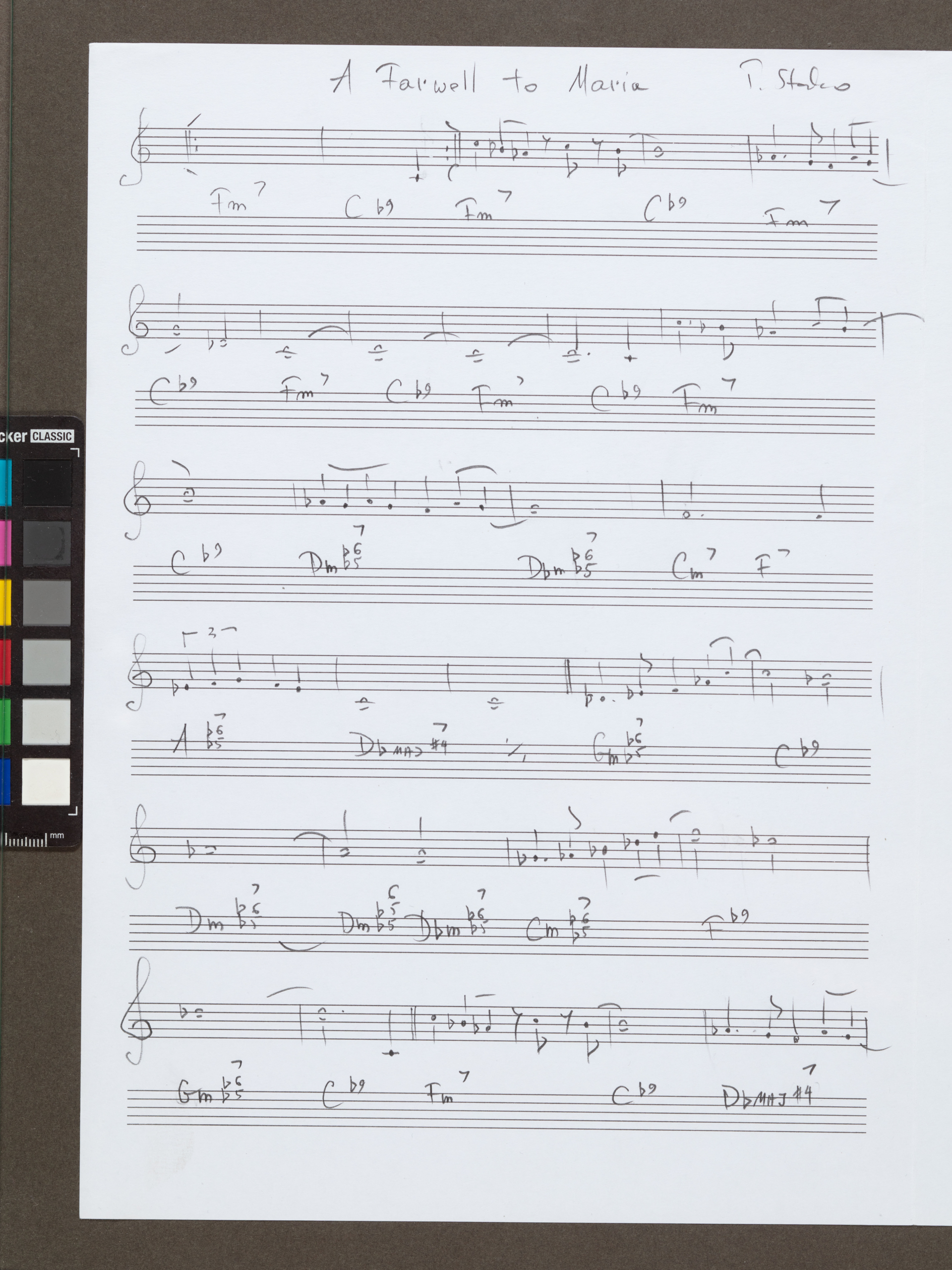 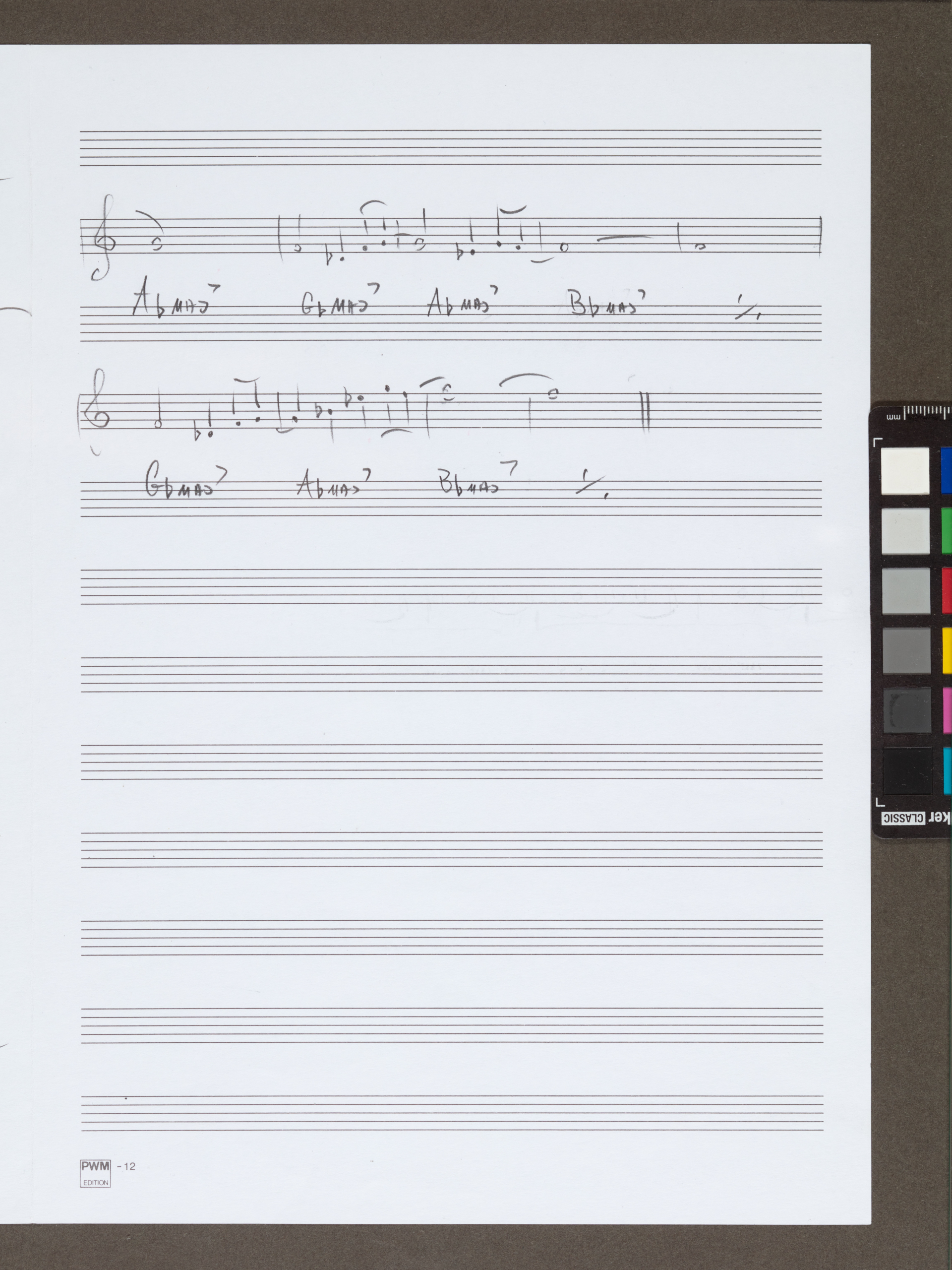 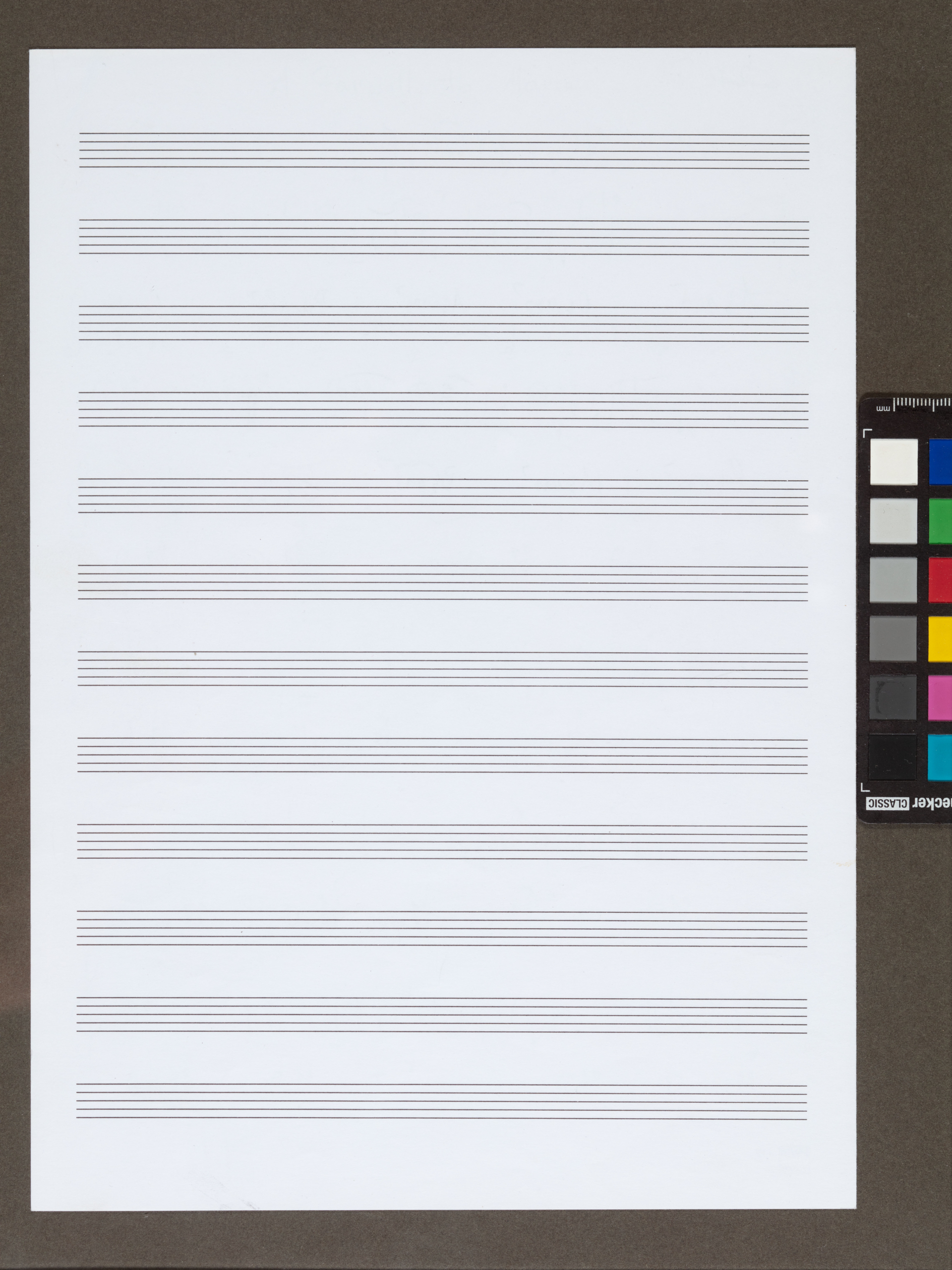